Arrowhead Stadium is the byproduct of a special partnership between Jackson County and the Chiefs.

In April 2006, Jackson County voters approved a 3/8 cent sales tax dedicated to the design and construction of the Arrowhead. The Hunt family and the Chiefs also agreed to provide $75 million to the project at that time. In August 2007, the Hunt family increased their financial commitment by $50 million to $125 million to create an experience at Arrowhead that would be among the best in the NFL.

Jackson County taxpayers enjoy additional benefits as part of their investment in Arrowhead including the right to purchase single game tickets before the general public. Jackson County residents also receive an exemption from the Jackson County Sports Complex Authority "Parking User Fee" which began following the completion of the 2010-2011 Chiefs season.

In 2006, an amendment was passed to the team's lease with the county for Arrowhead Stadium. The amendment provides for the maintenance of the stadium through the Jackson County Sports Authority Parking User Fee. 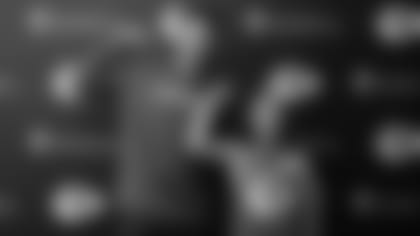 Participants to Receive 2022 Red Friday Flag as part of Registration

2022 schedule to be released Thursday night on club's social channels

Facility to open for workouts this summer

Maj. Gen. Corell currently serves as the Adjutant General for the state of Iowa

Participants will finish under the lights on the field

Chiefs Recognize Maj. Gen. David A. Weishaar as This Week's Tribute to the Troops Honoree Presented by Crown Royal

Maj. Gen. Weishaar currently serves as the senior military advisor to the governor and commander of the Kansas National Guard

Advertising
The browser you are using is no longer supported on this site. It is highly recommended that you use the latest versions of a supported browser in order to receive an optimal viewing experience. The following browsers are supported: Chrome, Edge (v80 and later), Firefox and Safari.